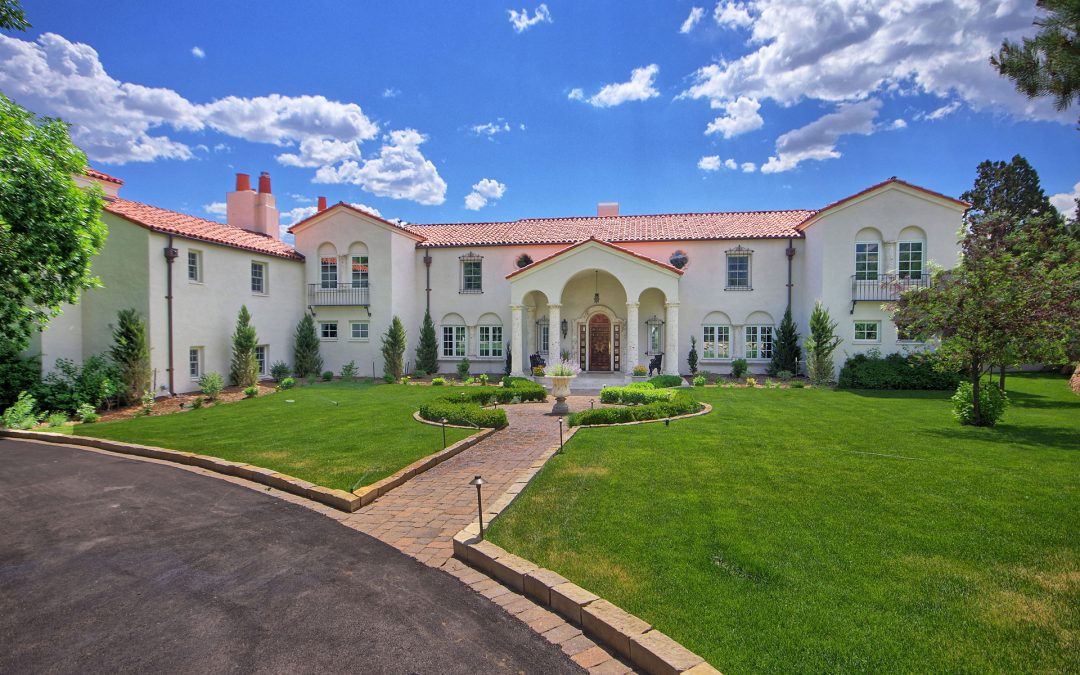 Some homes are rich with history. Their walls tell a story – and their owners share a legacy that endures for generations. This month’s Featured Listing is one such example.

The Maytag Estate’s Colorado roots run deep. Known best for its long ownership by Louis Bergman Maytag, the Spanish Colonial home was originally the work of Captain Donald Newcomer Gilpin. Captain Gilpin was a gentleman of East Coast wealth whose family owned a pharmaceutical company in Baltimore. Educated at Princeton, he later served as an artillery Captain during World World I in France and sustained mustard gas related injuries which brought him to the Glockner Sanatorium in Colorado Springs. It was here that he first decided to buy acreage in the Broadmoor area and build a home.

Captain Gilpin originally purchased 51.4 acres of land known as “The Ridge,” by way of a deed signed by Spencer Penrose, President of the Broadmoor Hotel Co. on May 14, 1930. He then retained Colorado’s legendary architectural firm, Fisher & Fisher of Denver. In addition, Gilpin commissioned various artists to work on projects in the house. It was his cousin, Laura Gilpin, the famed landscape photographer who recommended the Fisher & Fisher firm. Her work is now considered highly collectible and has been auctioned by Christies in New York. Pictures of the home were taken by her in 1932 for House & Garden Magazine and Architectural Digest.

Census records reveal that L. B. Maytag purchased the home in 1932. He was the former CEO of the Maytag Corporation and a longtime member of its board. In addition, he was a founding member of Augusta National Country Club. He passed away in 1967, and the home became the residence of his son, Bud Maytag, the founder of Frontier Airlines.

Broadmoor Properties is proud to represent this beautiful estate, and looks forward to sharing its legacy with future owners.