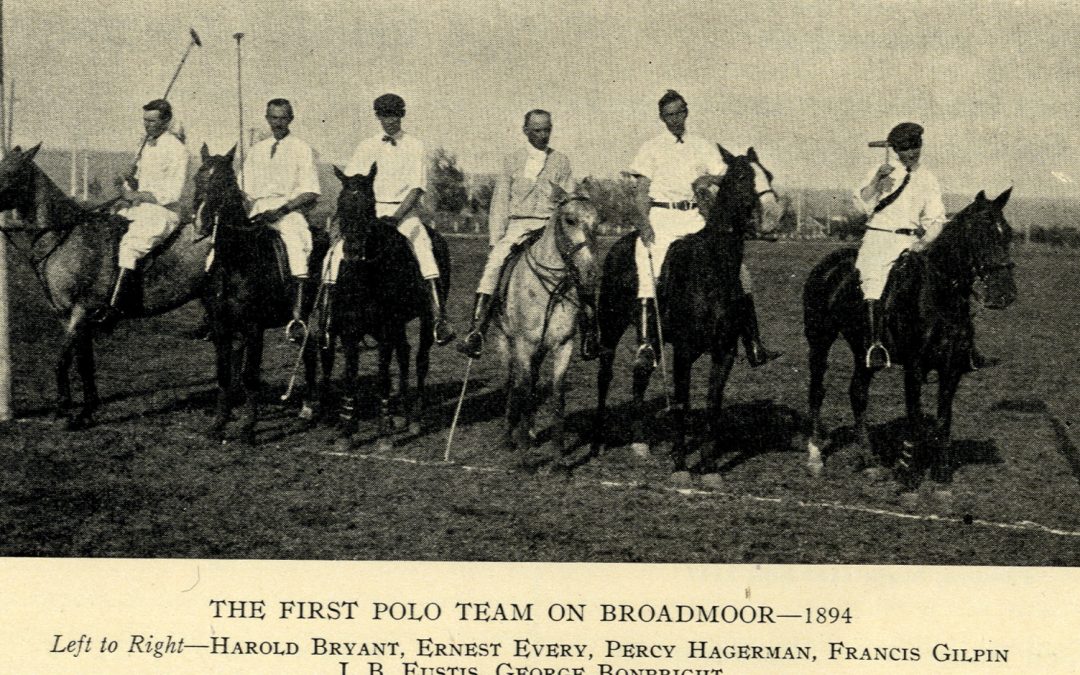 Old Broadmoor’s tree-lined streets, historic homes and well-kept neighborhood are familiar to those who have spent time at the five-star Broadmoor Hotel and Resort.  Located on a mesa near the hotel’s entrance, these 100 or so properties are among area’s most distinctive communities – and a number were built on or near the site of the hotel’s historic polo fields.

This month, we thought you might enjoy a snapshot of the neighborhood’s colorful history.  It’s a legacy that continues to fascinate longtime residents as well as those new to the area.

The story begins in the1880s when visionary developer Count James Pourtales built a casino and lake on the site of today’s Broadmoor Hotel.  The development also included a polo field where turn- 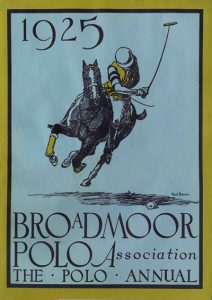 of-the-century matches were played.  By 1924, Broadmoor Hotel founder Spencer Penrose had organized the Broadmoor Polo Association which for years hosted some of the sport’s most famous national players.

Early Colorado Springs Gazette headlines announced the matches, noting “Visiting Governors Will be Royally Entertained,” or “Star Polo Players Who Will Get Into First Game of Season on Broadmoor Field.” A number of Old Broadmoor streets are actually named for Pourtales, his wife, Berthe, Spencer Penrose, and polo ponies like “Sea Hero,”  “Red Wing” and “Reno Scotty.”

Broadmoor Properties brokers Michael Raedel and Tim Sheridan are often asked about the historic Old Broadmoor neighborhood and its colorful past.  They know the “the back story” for many Broadmoor area properties – from single family homes and villas to Brownstones and West Residence condominiums.  Considering relocation, a vacation residence or just a great place for family living?  We invite you to create your own legacy – here in our Broadmoor communities.